We’re into May already, this season is flying past, it feels like only a few days ago when I wrote about Iona deciding on a nest site and laying her first egg. Well it’s been almost 38 days since that first post…and 38 days is the incubation period of the white-tailed eagle. Now the anticipation is rising at Glen Seilisdeir as we await the imminent hatching of the first egg, if our calculations are correct that could be today, or maybe Wednesday. Unfortunately for our pair, the weather has turned over the weekend. No more blue skies and sunshine for Mull, but heavy rain and gusty winds instead. Hopefully both Iona and Fingal are experienced enough to cope with this weather as the eggs hatch out, and we think the situation of this year’s new nest will help a lot too. 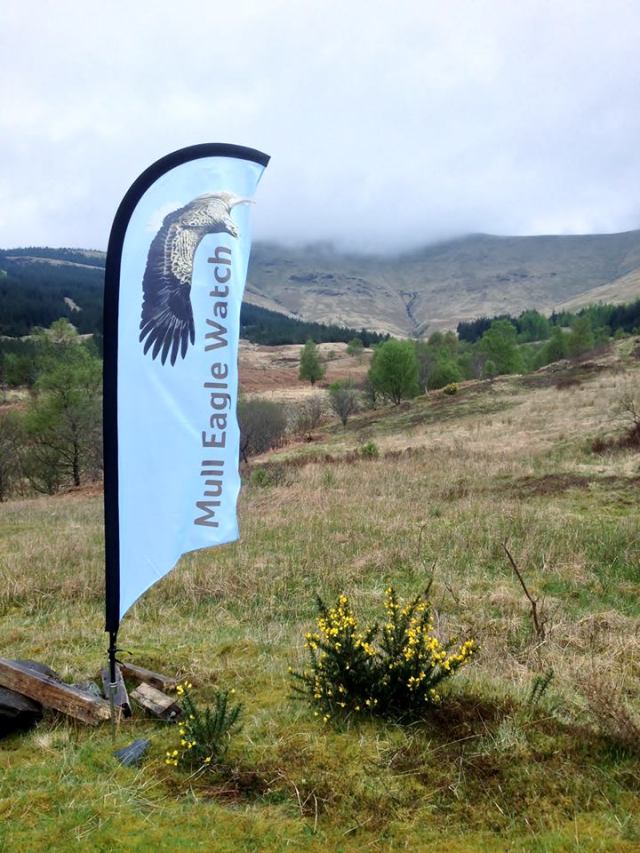 We should see a change in behaviour when the first chick hatches. So far the birds have not brought much prey into the nest but we’ll probably see this increase. The youngsters need freshly caught prey rather than carrion to gain enough energy and nutrition to grow so prey like fish and seabirds will become important. The chicks will be incubated for a while after hatching, they are still very vulnerable, especially when the weather is poor but the parents may begin to move around much more on the nest too.

Fingal and Iona raised one chick last year which was named Orion by some local school children. Across Scotland white-tailed eagles often raise two chicks to fledging, they’re much more productive than golden eagles that usually only raise one chick and have a very high chance of failure. Fingers crossed that our pair do a little better this year at their new nest and hopefully we’ll have two chicks to contribute to the Scotland-wide population.

Things have been ticking over nicely after Easter, albeit a little more quietly with the children back to school. There have been some good sightings as usual at the hide, with regular golden eagles, a first year white-tailed eagle and sub-adult birds about still too – we even had a young bird attempt to land on the nest with the adults again! Last week there was a sheep carcass nearby too, and our visitors got some great views of Fingal, our adult male feeding on it.

As soon as we know something about the hatching and chicks I’ll let you all know. Don’t forget to keep in touch on our Facebook page too. I have my first classroom visit this week too, to teach the children about eagles and our island wildlife with some games which will be fun, as well as our drop in day on Thursday this week – if you are reading this and live or work on the island do come along and see us. 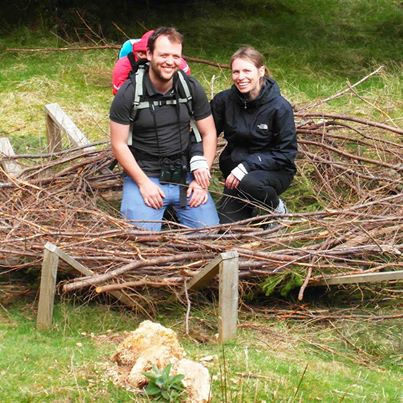 Also, a quick reminder that the white-tailed eagles are a heavily protected bird and disturbance won’t be tolerated. You should not be within 200m of a nest site – if you find you are, without being aware initially, please carefully retreat as soon as you notice. Please be aware of birds and any signs advising you not to stop, it is illegal to park in passing places as this is dangerous and blocks the road.

We’ve had an alert about a particular individual this week enquiring about getting within 30m of an active nest site – this is completely illegal, disturbing and dangerous to the birds. If you see anything suspicious anywhere on the island please call either the police on 121 or Dave Sexton, the RSPB officer on 07818 803 382.