We’re still speeding through the season, into July already and we’ve even had some glorious sunny days to show for it. Our eagle chick is eight weeks old on Wednesday this week and seems to be doing very well. Just yesterday I had some great views of it stretching and exercising those huge wings in the nest. On very hot days it often hunkers down into the nest to keep cool, raptors can only pant to lose heat, they aren’t able to sweat like we can. Despite the nest being quite sheltered from most conditions it is difficult to shelter from the sun at the very top of a tree! Still a few weeks left in the nest, most chicks fledge at around 12 weeks old and even after that we’ll still get brilliant sightings in the area. Other wildlife sightings at the minute include some brilliant dragonflies with lots of golden ringed – the longest British species. We’ve also had a small pearl-bordered fritillary butterfly. Plenty of buzzards and golden eagles, but also some great views of both male and female sparrowhawks with a few sightings of prey being carried.

Every year white-tailed eagles make the most of seasonal food and at the minute we’re seeing Iona and Fingal bring in common seal afterbirths (the placenta and other gory treats!). Lots of people find this a bit disgusting, but if you take it from an eagles point of view it’s an excellent food source; it won’t run away, not too heavy to carry in flight to a nest and it’ll be extremely nutritional for our chick. Iona dropped into the nest on Friday after approaching the area like an arrow; she was going so fast we couldn’t tell what she had been carrying. She was closely followed by Fingal carrying a rather unpleasant looking food parcel which he ungraciously dumped with the youngster. We had great views of his very red feet whilst he perched nearby. We often see “red-tailed eagles” about at this time of year instead of that lovely crisp white tail. This demonstrates how adaptable the generalist predators are, taking what they can when it’s available.

Our webcam proved extremely useful over the weekend, giving us a valuable insight into what can go wrong at eagle nest sites. First of all we had someone share a screen grab of the nest site with an intruding bird sat on the nest. We’ve seen this couple of times at the hide but the adults were always on hand to defend the nest and chase off the intruder. We’re not 100 per cent sure if the intruder is related, but it was action stations yesterday to rescue the chick. Unfortunately it had fallen about 30ft from the nest to the forest floor below. It could be that the intruding bird spooked the youngster or actually pushed it out; we’re hoping we can recover some footage and check what happened. Thankfully because of the webcam we could rush in with a rescue bid on Monday. The chick appeared healthy and was returned to the nest by FCS climbers. It was left happily feeding on some rabbit and salmon. Great outcome as every chick is important in a population of eagles – they take such a long time to build up their numbers. Thanks to everyone that was involved!

Great news for all of us involved with Mull Eagle Watch as we flew through our mystery shopper visit and report again. It’s a brilliant feeling to know all that hard work pays off. The hide and trips are highly rated and we hope this shines through to all of our visitors. We’re into Scottish school holidays now, shortly followed by the English kids, so July and August will be busy which is great, just need some nice weather to go alongside.

Tomorrow I’m running a Ranger Service event starting from Calgary Bay. We’ll head off for a wander towards Caliach Point and stop plenty of times to “Sea Watch”. We’ll look for marine life including minke whales, basking sharks, dolphins, porpoise, seals and seabirds. Often scanning the area from the shore is just as productive as watching from a boat with the added bonus of wildflowers, butterflies, dragonflies and more. If you’re reading this and would like to come along give me a call on 07540 792 650 for some more information.

Next week on Thursday 10th I’m running “Out and About for Otters”. This one is great for both adults and children – a definite hit with families. We’ll spend some time on the shore of Loch Na Keal learning about otters, looking for signs and playing some games.

“Adventure of the Week” is going to be a new little feature for MEW. Every week we’ll recommend a reserve, forest, woodland or beach to visit. Some may be local to Mull; others might be further afield in West Scotland. This is a great way to support similar sites across the area that provide amazing places to view wildlife, get outdoors and enjoy the summer. Look out for our info board at the hide and our posts on Facebook/Twitter for these ideas. 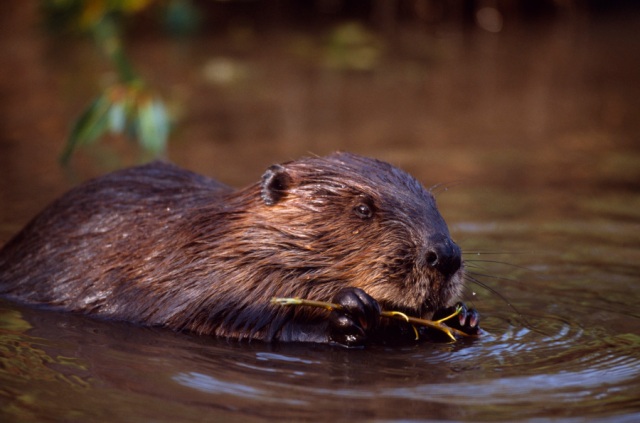 A great family adventure for the beginning of the school holidays. Get outdoors to enjoy the beaver trail, explore the area and become beaver detectives to spot busy beaver signs. The Beaver Trial has been a great success, similar to our white-tailed eagle reintroduction – amazing to get some of our lost species back into the UK. Visit for the insight into a stunning mammal and the chance to see them in action – if you’re very lucky and patient!

The Beaver Trial is run in partnership with Forestry Commission Scotland (just like MEW), Scottish Wildlife Trust and the Royal ZSL.

Thanks for reading as usual, hope you enjoyed it – Rachel